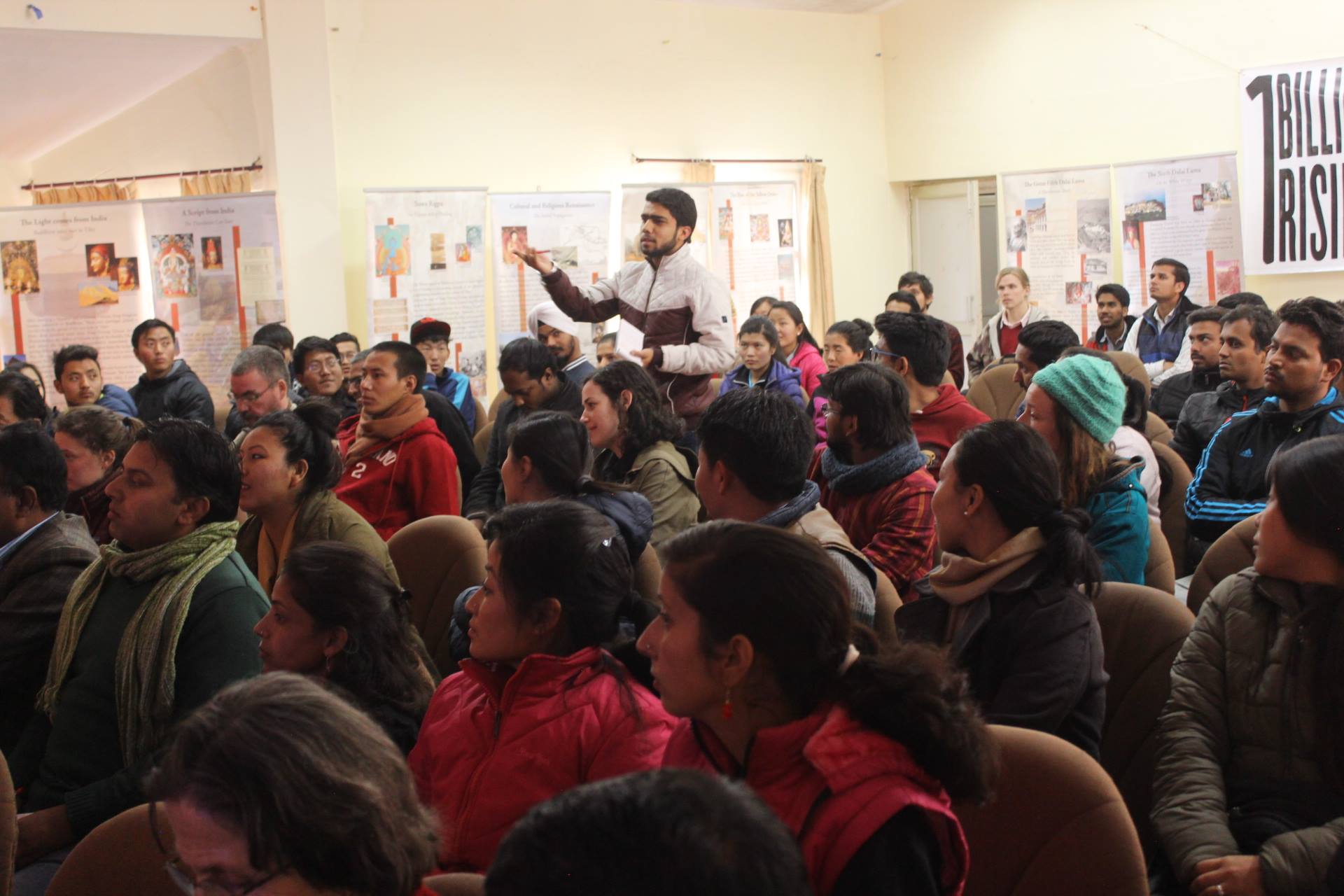 Several Indian and Tibetan NGOs came together on January 30th Martyr’s Day for a dialogue on conflict resolution and climate justice. The ‘Day of Rising for Peace and Climate Justice’ is part of the global campaign ‘One Billion Rising’ that calls for the elimination of violence in all it’s forms. Kalon Dickyi Chhoyang, Foreign Minister of the Central Tibetan Administration was the Chief guest and gave the Keynote Address, stressing the importance of greater Indo-Tibetan collaborative efforts. The event consisted of two panels: Peace and Justice, working towards Conflict Resolution, and Climate Justice and Environmental concerns in Himalayan Regions. “We hope that by bringing together organisations that have different approaches to various social issues, we can generate a fresh and unique dialogue” stated the Assistant National Coordinator of the campaign. “The OBR campaign strives to include the voices of and provide a platform for the most marginalised, which is what we aim to do today. It is only when we foster a sense of mutual understanding we can work together towards peace and environmental justice,” she concluded.

“Through this event we aim to reach out to Indian college students and members of the local Indian community and make them aware of the human rights and environmental crisis facing Tibet,” said Tenzin Tselha, National Director, Students for a Free Tibet-India. “Having lived in India for the last so many decades, it is important to reach out to local Indians and create spaces for dialogue and interaction”, she concluded. There were two panel discussions: the first on Peace and Justice: Conflict Resolution in the Tibetan context. At this session, SFT-India National Director Tenzin Tselha gave a presentation on the ways in which the Tibetan movement, particularly Students for a Free Tibet, uses strategic nonviolence as a tool of conflict resolution. The second panel was on Climate Justice and Environment Concerns in the Himalayan Region where SFT-India Campaigns Director Jyotsna gave a presentation on Tibet Third Pole, and the need for Asian countries to multilaterally advocate for the roof of the world. The organising committee consists of the National Secretariat of the campaign, Jagori Rural along with Students for a Free Tibet-India, Tibetan Women’s Association and Tibetan Centre for Conflict Resolution, and supported by the Women’s Empowerment Desk of the Central Tibetan Administration.