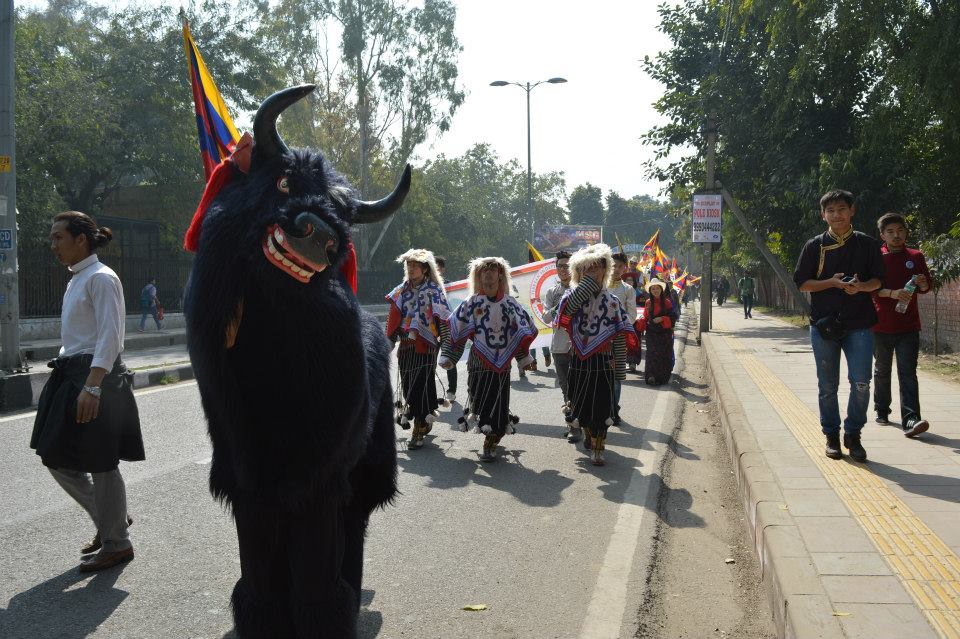 Every country marks significant historical dates in its founding as a nation. Regardless of its current political status, Tibet is no exception and Students for a Free Tibet has set aside 13 February as an important day to commemorate Tibet’s independent past. In occupied countries, observing Independence Day is a powerful expression of a people’s desire for freedom.

Over the last two years 13  February has been celebrated  in  over 30 cities worldwide.  Tibetans and their supporters  commemorated  the Centennial of the 1913  Tibetan  Proclamation of  Independence and the Legacy  of the  Tibetan Empire by  organizing flag raising  ceremonies,  exhibitions,  lobbying events and other  creative actions to  put a  spotlight on Tibet’s independent past.

This year we launched the #TibetFlagChallenge as a lead-up to February 13: Tibetan Independence Day urging our members and supporters to display the Tibetan flag in their own unique way and tag other friends to take the challenge forward. We had an overwhelming response from Tibetans and supporters across the world (https://www.studentsforafreetibet.org/campaigns/political-action/feb-13-tibet-flag-challenge). Some Tibetans in Dharamsala displayed the Tibetan flag under freezing cold water, while others trekked through snow-covered trails to raise the flag at summit. A group of Tibetans did a bike-trip to Ladakh and displayed the flag at the Tibetan border. Some Tibetan students raised the flag at their universities, community centres, painted it on their nails, and even did a large graffiti  of the Tibetan flag in the exile-capital Dharamshala, Northern India.

In India, we had Tibetan Independence Day celebrations across our key chapters in Dharamshala, Delhi, Bangalore and Pune. In Dharamshala, we displayed a 100 year-old Tibetan Military Flag which was brought into exile by a Tibetan family. In Delhi, our chapter organized a Tibetan Independence Day Parade across Delhi University North Campus, with snowlion, yaks, songs and dances. In Bangalore, and Pune, our chapters organized community events with flag raising ceremonies, and traditional Tibetan dances. Similar events were organized by Students for a Free Tibet chapters all over the world from London, to New York, Paris, and Tokyo. We believe that through these events we are directly challenging China’s systematic attempt to re-write Tibetan history. Through celebrating Tibetan history, and taking pride in Tibetan identity, Tibetans are making a strong political statement in resisting and rejecting China’s colonial occupation of Tibet.