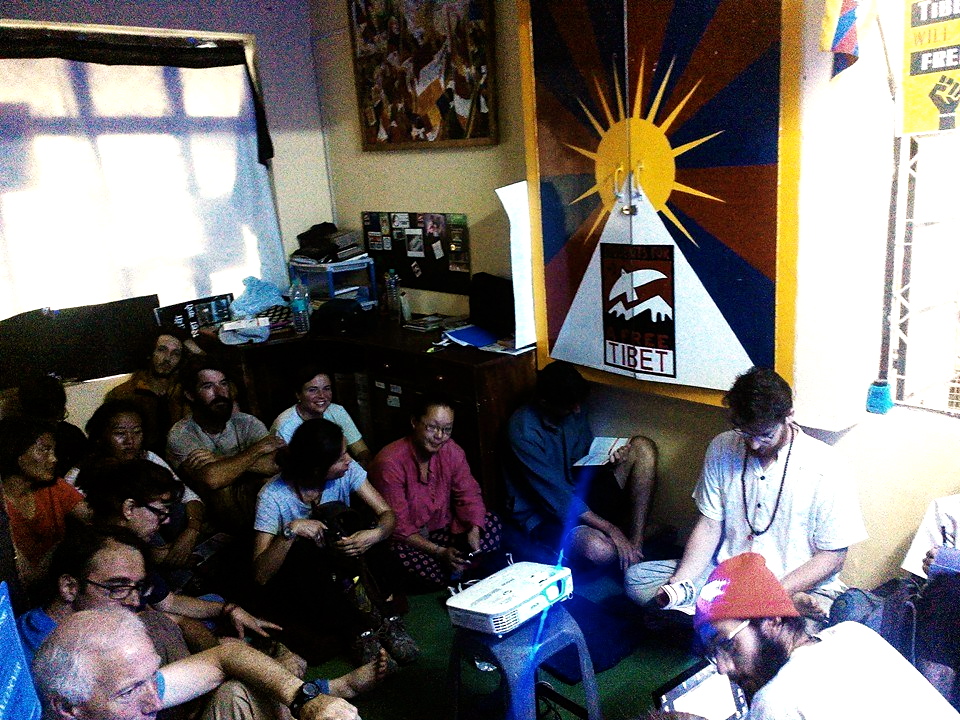 On May 7th, we screened critically acclaimed Wadjda   (2012). As the first feature film produced solely within  Saudi Arabia and directed by a woman Saudi filmmaker,  Haifaa al-Mansour, the film is itself an act of resistance.  The story follows Wadjda, a young girl whose  determination to purchase her own bicycle drives her to  challenge patriarchy in a place where girls and women are  under constant scrutiny. We were able to draw a very rich  conversation afterwards, drawing on thematic  comparisons with the Tibetan freedom movement; such as adhering to or challenging societal norms, power and authority, grassroots/individual acts of resistance, and self-determination.

We admired Wadjda’s commitment as an advocate for herself while so many adults around her restricted her independence. Her fiernce determination to follow her dreams shone clearly throughout the film. One viewer remarked on the film’s tasteful way of exposing how members of societies find ways to express individuality and freedom, and how Wadjda and the other characters behave to instigate small acts of resistance against oppressive, restricting norms. We discussed the potential and strength of individual acts, such as Wadjda’s insistence on fundraising and memorizing the Quran in a contest to afford the bicycle or her mother’s decision to finally purchase the bike for her daughter, to start a ripple of social change. This reminded us of the courage, determination, and strength expressed by so many Tibetans within and exiled outside of Tibet against China’s unlawful, unjust, and draconian occupation.
Our discussion also brought forward the limitations of having a restricted civil society in Tibet. Nonetheless, we recognized that so many Tibetans possess a strong will that supersedes the fear of the potential consequences. Finally, we were inspired by the women in Wadjda, Tibetan community members, and non-Tibetan supporters for committing to causes beyond themselves, and for taking risks on behalf of challenging social and political injustices.