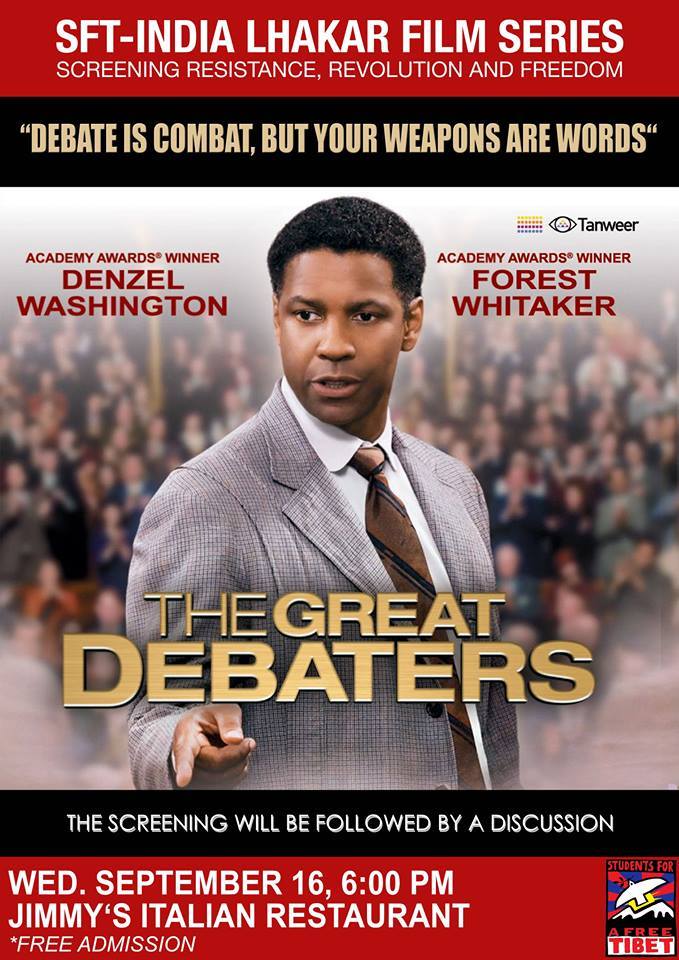 As a part of Lhakar Film Series, an initiative by interns at Students for a Free Tibet-India, The Great Debaters starring Academy Award winners Denzel Washington and Forest Whittaker, was screened as Jimmy’s Italian Kitchen.

The movie is based on true incidents: the struggles of the black community in 1935, the time of depression in United States, portrays the story of a group of black debaters from Wiley College led by their Debate coach Melvin B.Tolson (Denzel Washington), and how they just spoke their hearts out and presented the truth in public platform. They then went on to challenge Harvard in the national debate championship. This movie emphasizes the manner in which they questioned the ideology of the dominant white community.

This movie clearly relates to what we believe and practice at SFT: one does not need a strong arm force to bring a tyrant down, simple tools like knowledge and words, used in a strategic way, can go a long way to create an impact. The movie was followed by a discussion,where people came up and shared their views on the movie and also how their personal experiences relates to what the movie was trying to say,which was again motivational and inspiring.