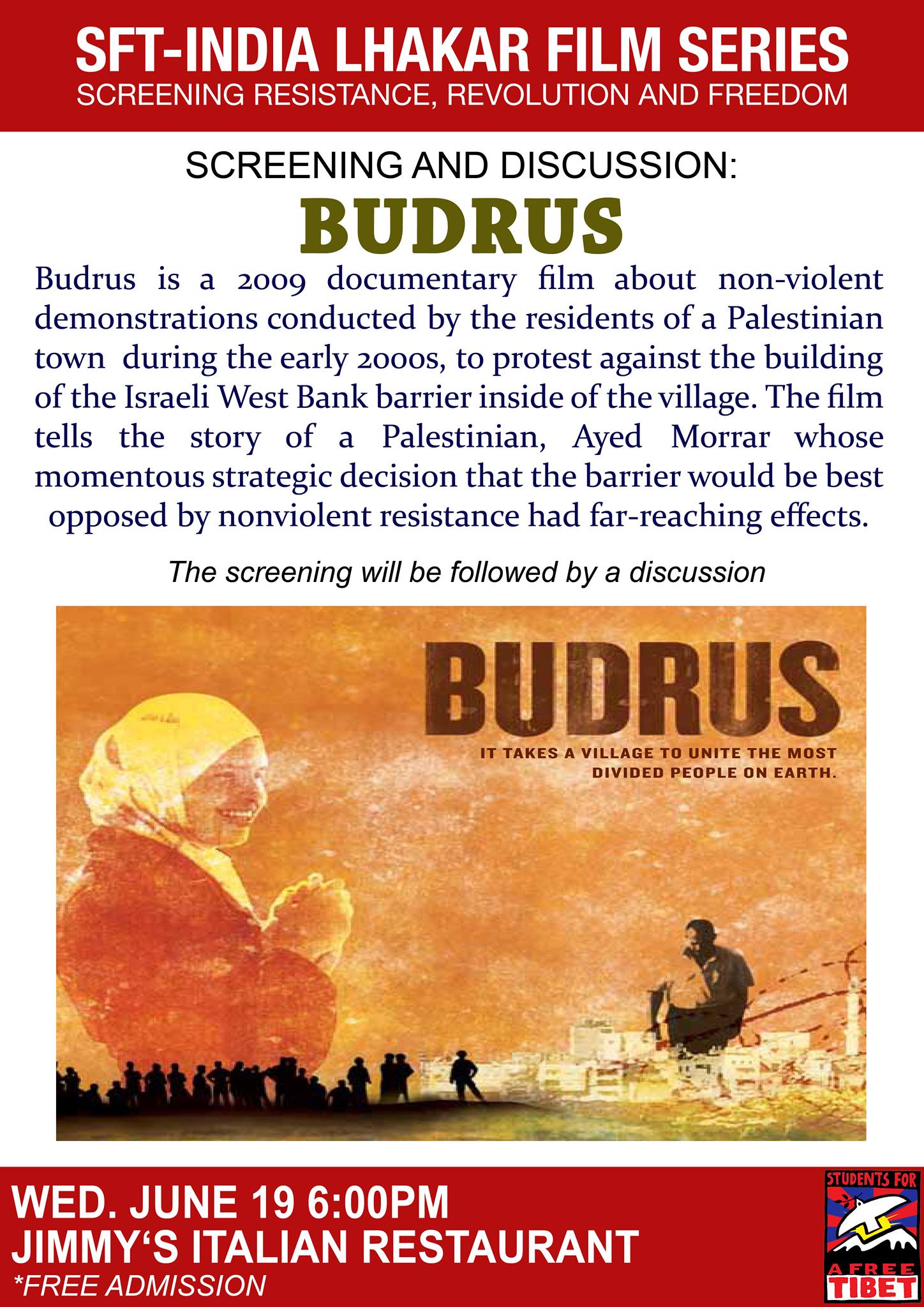 On 19th August, SFT India screened “Budrus” as a part of it’s ongoing weekly movie screening. Budrus, is an 80 minute documentary about the non-violent movement in the Palestinian town of Budrus. Being in close proximity to the Green Line that essentially divides the two states, the town was in danger of being encumbered by the wall barrier that was built to physically separate the territories. Moreover, the building of the wall through Budrus would directly result in the cutting down of their age-old olive trees and orchards, that not just sustain several livelihoods but is deeply embedded in their sense of identity, culture and life.

The film mapped out the motivation and process of a non-violent revolution through the eyes of Ayed Morrar, who spearheaded the movement. It also touched on a very interesting chord when Israelis themselves came to support the people of Budrus.

The screening was resided over by the interns who then went onto facilitate and moderate a discussion about the various aspects of a non-violent revolution, while tying it to the Tibet Independence movement. The attendees were informed about the situation in Tibet and discussed topics like the role of females in the revolution, the murky line between violence and non-violence and establishing a common ground between the Chinese and Tibetan people in the face of a fascist government.