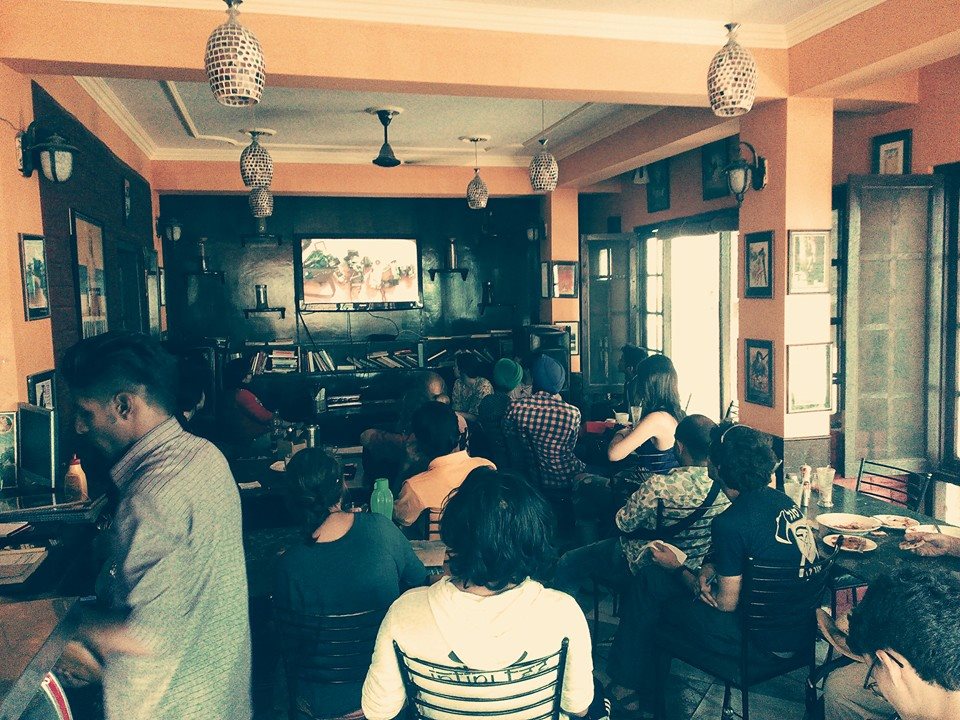 On May 20th we screened the film 5 Broken Cameras, a  personal take on the Israel-Palestine conflict. The film is a  collection of footage by Palestinian farmer Emad Burnat,  each of whose cameras were destroyed as he filmed non-  violent resistance against Israeli settlements in his West  Bank village. The screening was our most successful yet, with  over 30 people attending!

The discussion began with an American who fought in the  IDF for four years. A self-proclaimed Zionist, he pointed out that the film represents only one perspective of a very complicated issue. He said that he came to the screening to challenge the simplification of the issue into Israel vs. Palestine. He believes that the first step towards a solution is communication.

Expanding on this miscommunication between people involved in the conflict, another viewer said that Israel and Palestine are having entirely different conversations. It makes no difference to Palestine whether the Israeli army is “ethical” or not, because the army’s very presence is seen as an occupying force. The lack of mutual understanding is similar in Tibet. Han Chinese can’t understand why Tibetans are not thankful for the economic assistance provided by the state, but Tibetans believe that the CCP has no right to be in Tibet in the first place.
We screened this film not because we want to take sides in this issue, but because it does a phenomenal job showing a personal account of the Israel-Palestine conflict. Instead of addressing all aspects of the very complicated issue, the film helps us understand the perspective of a Palestinian village threatened by Israeli settlements. Most importantly, the film generates curiosity in wanting to understand the conflict, and our discussion was a small step in that direction.