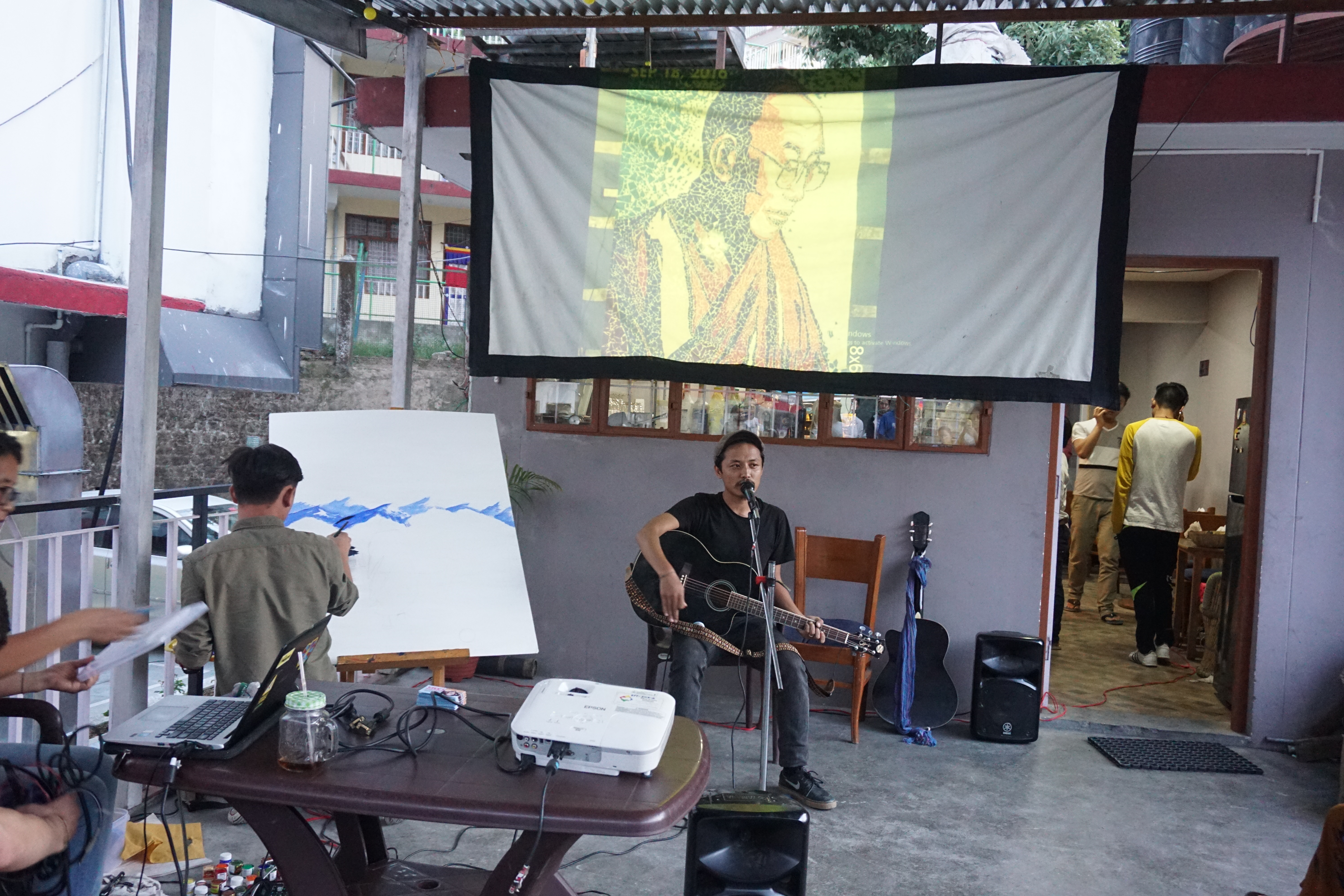 On May 17, 1995 Chinese authorities abducted the 11th Panchen Lama Gendun Choekyi Nyima who was then six years old along with his parent. Today marks the 22 years since his disappearance. His Holiness the Dalai Lama and the Panchen Lama are highly revered lamas among Tibetans and regarded as the sun and the moon.

The Lhakar of 10th May 2017 marks the day which is a week before the date of disappearance of the 11th Panchen Lama of Tibet. On this Lhakar our team organized an awareness program for the same. We chose to raise resistance through art and hence called our event as ‘Break Free with Art’.

Overlooking the scenic beauty of McleodGanj from the Bogdo Café we shared an evening of live music, live painting, poetry and short films educating and raising awareness about the Chinese oppression and the youngest political prisoner in the world, the Panchen Lama. On May 17 2017 regional chapters of Tibetan Youth Congress, Tibetan Women’s Association and Students for a Free Tibet and Tibetans around the world are calling for the immediate release of the Panchen Lama.

Dharamshala chapters of Tibetan Youth Congress and Tibetan Women’s Association and Students for a Free Tibet- India had a flash mob on Panchen Lama at 9am at two locations: Mcleod  square and entrance gate of Tsugla khang.

Regional Tibetan Women’s Association president Tsering Yangkey said “Through this act we were able to reenact the feeling of what happened to 6 year old Panchen Lama, The audience in Dharamsala was moved by the act. For a parent of any race and nationality losing their 6 year old child will be a traumatic experience. I also witnessed many people were  crying and touched after seeing this short skit”

Students for a Free Tibet- India