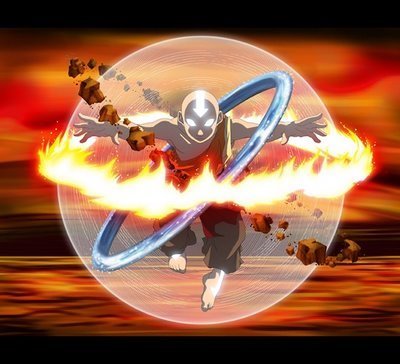 On April 27, we screened the  animated TV series Avatar: The  Last Airbender. We picked three  episodes which include obvious  relations to the conflict between  Tibet and China. Following the  screening, we had a really interesting  conversation about the similarities  between the cartoon and the Tibetan  freedom movement.

The episode which sparked the most conversation was one in which Ang disguises himself as a student and attends a Fire Nation school. In this episode, we see how the Fire Nation turns its education system into a propaganda machine, thereby gaining control over its citizens by shaping how people see the world. The similarities between the ways that the Fire Nation and China indoctrinates its students are uncanny. One girl who had spent some time teaching in China said that this is really how education works in China. Speaking of Chinese students she said, “They get broken and remade.” She said that school is often used in other ways to control people. For example, when there are protests students will be kept in school so that they cannot join. She also pointed out that although more and more middle-class Chinese are going abroad for their education, people go abroad to bring knowledge back to China rather than to use this knowledge to make political demands.

Stay tuned for the next film screening on Lhakar!