Google is developing a censored search engine for the Chinese market that has serious consequences for human rights. The project, named Dragonfly, will filter and block ‘sensitive’ search terms – such as Tibet, Tiananmen and the Dalai Lama – that are blacklisted by the Chinese government.

It will also enable state surveillance by linking users’ search history with their telephone numbers. If allowed to go ahead, this project would not only limit human rights in China, East Turkestan and occupied Tibet, but will set a dangerous precedent for the future of internet freedoms globally. 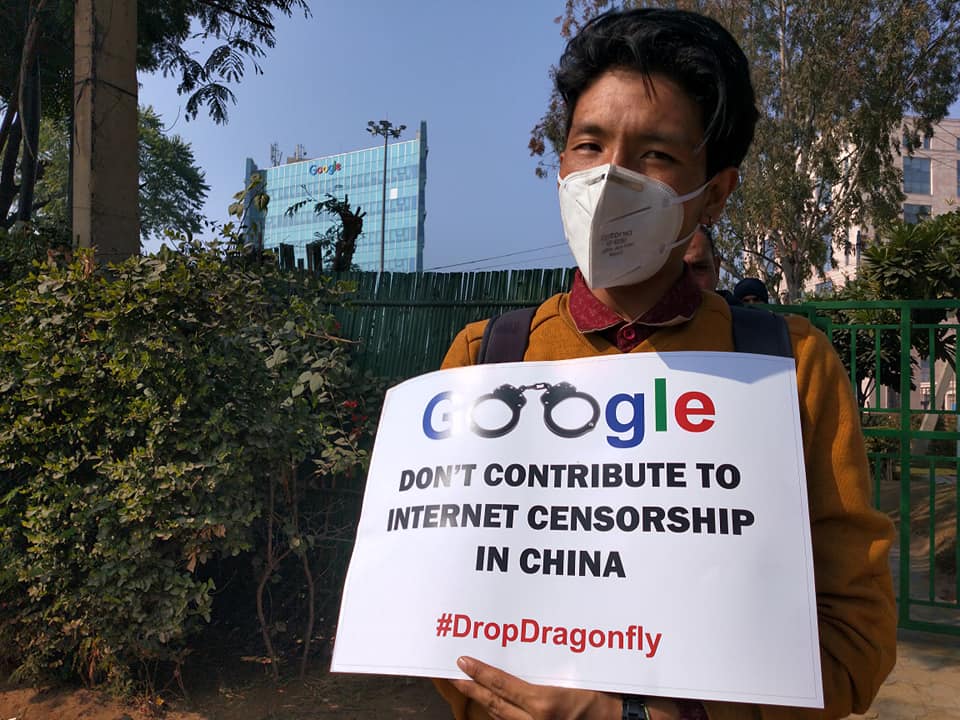 SFT – Delhi and Regional Tibetan Women’s Association staged a protest against Google CEO Sundar Pichai during the International Internet Freedom Day on January 18, 2019. Protesters demanded the immediate removal of Project Dragonfly. Freedom of expression, online and offline, is virtually non-existent in Tibet and this action of Google will further lead into arresting or imprisoning people simply for expressing their views online.

On December 11 2018,Tibetan and Uyghur activists staged a protest against Google CEO Sundar Pichai during the House of Judiciary Committee Hearing During the hearing, Sundar Pichai told Congress Google had ‘No Plans’ to launch censored search in China ‘Right Now’. Google has either backed down from the controversial Project Dragonfly due to international pressure or it is a blatant lie. We will continue to monitor the issue and do everything to make sure Google be accountable for its crime. We stand with current and former Google employees speaking out over Project Dragonfly and commend their bravery in speaking out publicly. 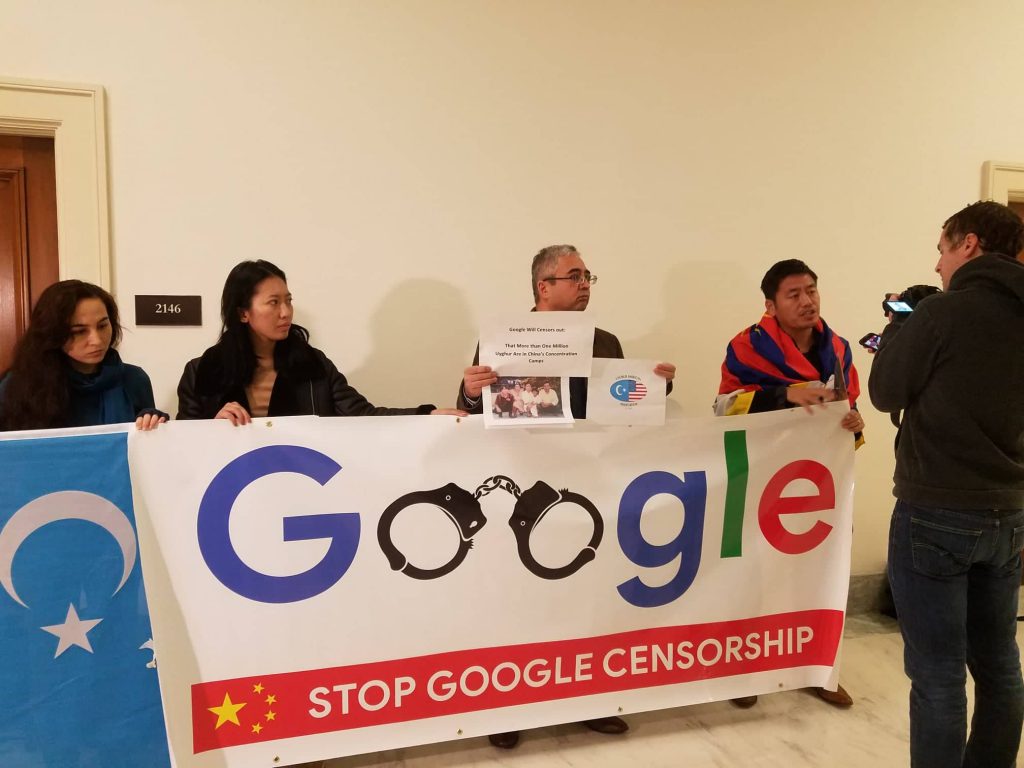 VICTORY! After months of campaigning, we’ve received confirmation that Google has “no plans” for the company to launch their censored search engine in China and its occupied territories.

This would not have been possible without your support. We want to convey our gratitude to all who took action, including #StopGoogleCensorship coalition organizations International Tibet Network, Sum Of Us, Tibet Action Institute, Free Tibet, Tibet Society, and the World Uyghur Congress.