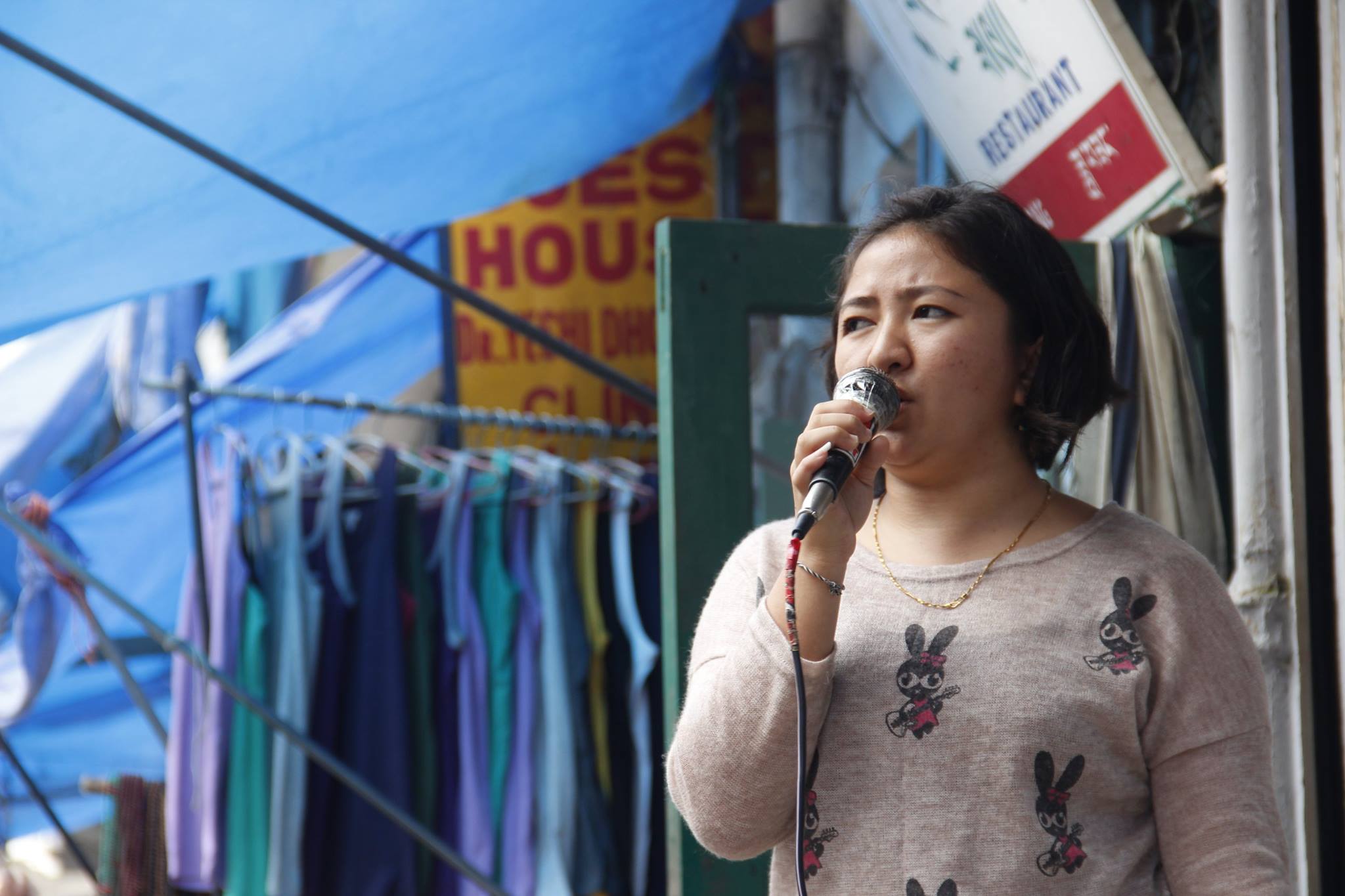 On 18th and 23rd September 2015, Rajiv, Nupur, Siddhartha and Prathik (interns from SIMC Pune) along with Rinchoe went on the streets of McLeod Ganj, in order to spread the word about our upcoming talk on ‘Tibet’s Rivers Asia’s Lifeline’ Sunday, 27th September, to mark World’s Rivers Day. The speakers for the seminars are Dhardon Sharling, Member of Parliament, Tibetan Parliament-in-Exile, Tsering Tsomo, Director, Tibetan Centre for Human Rights and Democracy and Jyotsna George, Campaigns Director at Students for a Free Tibet-India.

The Buildup Action saw the interns speaking on a megaphone, in front of the SFT merchandise store, distributing flyers, putting up posters and talking to people and making them aware about the campaign and the dire situation of Tibet’s rivers at the hands of China’s reckless damming, mining and water diversion projects.